Why are the Performing Arts so Important?

Your little one is a bundle of fun. Their imagination astounds you daily, their sheer energy and love for life is something that marvels you. Chances are your young child also loves to sing, dance and act. They surround themselves with make-believe play and for some, despite a real case of shyness around people they don’t know, with you they are a force to be reckoned with!

Seeing the world through a child’s eyes is something that should be practiced daily. Their innocence and their true belief that everything that happens is fantastically exciting is something that we as adults forget. The world is a marvellous place full of opportunity and exciting new adventures.

As your children grow and become young adults it is often the case that they lose their once shining innocence. Their imagination and creativity begins to decline and they often become far too self-conscious to play in their make believe world anymore. And this is absolutely normal! If we as adults wandered around in a make believe world, I’m pretty sure people would be asking some serious questions! However, the importance of creativity and confidence cannot be underestimated in the adult world. There are few jobs now that don’t require an initial interview where a person needs to be able to state their strengths in a positive, confident and assured way. Creativity is equally important – employers don’t want young people who can recite facts, they want individuals who have new, inspired ideas and can implement strategies for the better.

Sadly, our education system does not prepare students for the job world. In the Scottish Pupil Motivation Enquiry, Imaginate (a company tasked with increasing the involvement of children in performing arts) stated:

“The present education system is letting our children down, not only not preparing them individually to cope with the world and their place within it but stifling the vision, imagination and creativity of those children over the duration of their time within the formal education system.”

The English secondary school system is woefully similar. The introduction of the English Baccalaureate has made the situation worse. With no inclusion of the arts at any point, many secondary schools are simply unable to give their students the skills they need for the world of work due to being hindered by the need for them to study ‘Academic’ subjects. I myself saw this first hand when I worked as a Head of Music in various secondary schools. I had numerous conversations with parents who knew the importance of the arts and the skills they would give their child, but were simply unable to provide that opportunity due to the path they were being lead down.

So what are these magical skills that the Performing Arts can provide?

Performing Arts stimulates creativity. So much of acting and drama is led through improvisation – the ability to creatively ‘think on your feet’ using a given stimuli. The ability to pass a message over to an audience without simply stating facts and to do this is in an engaging and interesting way.

It helps children and teenagers to deal with emotions. Growing up is so very hard to do, especially in the teenage years. Your body is a world of hormones causing you to experience peaks and troughs on a daily basis. This can be extremely confusing and scary for our young people! The Performing Arts take these emotions and allow students to use them in a safe environment, thus negating some of the initial challenges.

Performing Arts challenges a young person’s preconceptions about the world in which they live. It helps them interrogate their world; see it as a 3D place. Our world is not a perfect place and our young people need to find a way to live in it with a full understanding.

Performing Arts develops their language and communication skills and introduces new ideas to them allowing them to express opinions about them. Perhaps this is the most important point. If you are unable to express yourself fully and to be understood, how will you ever become the person you want to be in life?

There are many many more reasons I could go into as to why studying the Performing Arts is essential to your child’s education and life journey (how about the amount of fun it is?!) but I would imagine you may stop reading! Unfortunately, many schools have their hands tied and are simply unable to prepare their students in the most effective way. We have to give our children the opportunity to develop their creativity! I will leave you with one of my favourite Philip Pullman quotes which sums up the importance of the Performing Arts for children:

What are the benefits of theatre weeks when my child already attends lessons every week? 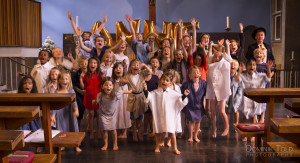 Theatre Weeks are a completely different aspect to drama and singing learning and development. Your child is able to put all their training into practise and work at a tremendously fast speed to pull it all together in a very short space of time – 4 DAYS!

“Dear Ashlea, we would like to thank you and your Little Voices Putney team for all of your tremendous hard work and for putting so much time and dedication into each child. They did not only present a wonderful performance but they learned so much more than that. My daughter LOVED it and was very keen to come back each day. She met new friends and definitely wants to come back to the next. A great half term experience for my daughter and us. Plus bonus points for the inclusive DVD too!! Thank you so much.”

If your child has enjoyed a theatre week with us please let us know the benefits that you have seen from their attendance alternatively if you want to learn more about the next one or simply as more questions about them please ring and ask at any time.

We hope that you are having a great week!

A Parents Perspective On Little Voices.

Even those that we respect the most get frightened!

Judi Dench is one of our all-time favourite actresses at Little Voices and yet you would probably never guess that she lives with “constant fear”, we certainly would never have thought that about her. 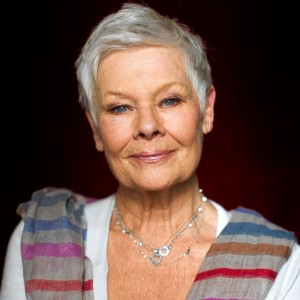 However she has spoken about the constant “fear” she lives with as an actor, claiming that being a performer gets more frightening with every job.

Speaking about her career with director Richard Eyre at an event to celebrate Mountview Academy of Theatre Arts’ 70th birthday at the Hospital Club, Dench revealed she is “very critical” of her own performances, and said that she has a “fear of everything”.

She said this fear related to her concerns that she may not be good enough for a role she had been asked to do, and admitted she worried about forgetting her lines on stage.

“I have a fear of that unbelievable silence you get in a theatre when you dry. The fear that an audience sees that thing in your eyes and thinks, ‘Oh, she’s gone’. It’s a shattering silence,” she said, adding: “I have a fear of everything – of not fitting into that slot, of not fulfilling that piece you are asked to do. I get more frightened [the more I do]. The more you do, the more frightening it is anyway as you are much more aware.”

Dench also said she worried about what her next job would be and whether she was “going to be asked again”.

This certainly helps to read about how one of our idols feels about their career and the fear that stirs up inside of her.

So it helps us as performers to expect the fear and to deal with it as ‘the norm’, embrace it when it comes whether that is just before a stage performance at theatre week or before a LAMDA exam. Learn to work with the fear feelings rather than against them with a good breathing technique and a calm approach to preparation. As the saying goes “Fail to prepare and you prepare to fail!” I am sure that Dame Judi always makes sure that she is prepared.

What The Head of Arts Ed Is Looking For.

Following on from our findings about what drama schools are looking for this week we have found out from the Head of Acting at Arts Ed, Gareth Farr, in The Stage, that they are all about the creative potential of the individual.

He goes on to say that:

“In any interview or audition the main thing we look for is an understanding of the text, character and story from the auditionees’ perspective. There isn’t one way to play Hamlet, there isn’t a right or wrong, there is a personal connection and instinct. We only look for flashes of potential in audition. We work with that potential over three years to get the very best out of each student”

How interesting! We really try to ensure that your child really has a deep understanding about the characters that they are playing and that they add their own flavour to them. This individuality is so important and it is obviously what some drama schools are looking for!

What are the Drama Schools currently looking for?