What can we learn from Walt Disney? 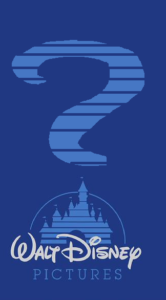 A few facts for you this week about one of the greatest men that ever lived and whose films, shows and theme parks seem to inspire and bring pleasure to people of all ages but especially children.

Which was the Disney film that you first saw? Which film did you first watch with your son/daughter? Which is your favourite? We all have one!

Walter Elias “Walt” Disney was born on December 5, 1901, in the Hermosa section of Chicago, Illinois. He was an American entrepreneur, animator, voice actor, and film producer. He and his brother Roy co-founded Walt Disney Productions, which became one of the best-known motion-picture production companies in the world. He created numerous famous fictional characters including Mickey Mouse, Donald Duck, and Goofy. Disney himself was the original voice for Mickey. During his lifetime, he won 22 Academy Awards and received four honorary Academy Awards from a total of 59 nominations, including a record of four in one year. Disney died from lung cancer on December 15, 1966, in Burbank, California.

Our word at Little Voices is confidence. We strive to help children increase their confidence in their own abilities and life overall. It is really important to us that yourselves ‘our parents and pupils’, schools, local communities and everyone that we work with has confidence in us.

We have grown and continue to grow because of parents support of all that we do, our reputation growing and our commitment to excellence.

We love to keep in touch with our parents at lessons, in the week on the phone, by email and social media with news about what each child is doing away from Little Voices, never be afraid to ask us for help and advice like Disney we are happy to help!